After quite some time and even forgetting that I had this, I rediscovered it while going through my internet history. A few things have changed since the last time I posted. I am now the father of a small female human, done with what little college I had planned to do, and currently employed at a terrible job until I can find better employment. A few things have changed with my hobbies as well, as I now rarely play 40k (which is upsetting considering the amount of miniatures I own) and play Warmachine/Hordes quite often.

Shortly before the birth of my daughter, I picked up the Hordes 2 player box. After a few games of messing around with the two factions it contained, I decided that I didn't really enjoy either of them, so I traded the Legion of Everblight half for the Trollbloods starter set. 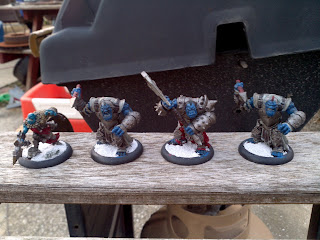 So far, I am thoroughly enjoying the Trollbloods and have about 60 points collected and about 50 painted. While I was hoping to say that 40k is the game where all of my pieces are painted, it's quickly looking like that will be Warmachine/Hordes.

Anyways, I shall continue to update this blog now that I have rediscovered it, hopefully with video battle reports and more pictures of miniatures. 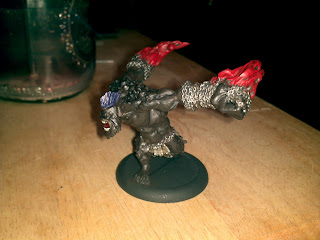 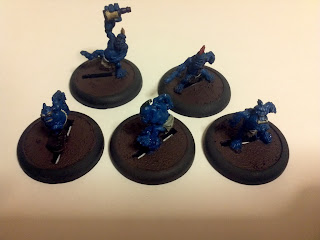 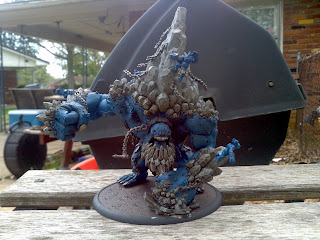 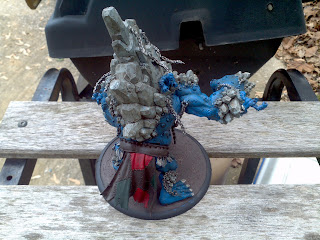 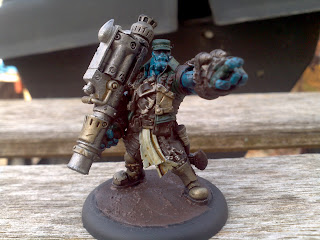 And yes, I know that the base on Gunnbjorn looks like chocolate icing. I assure you, it's not. -_-
Posted by Solus8Saexe at 5:58 PM